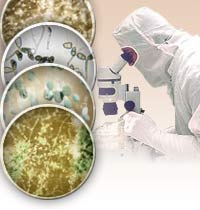 Mold Sickness has been responsible for people losing their jobs, friends, families, and even their family home, as they continue being ill and misdiagnosed their conditions continue to degrade. While many medical practitioners will tell you Mold Sickness is not real, or that mold cannot make you sick, this line of thinking and education is in the stone ages.

Mold Sickness Tests getting the right tests the first time is critical to understanding what you have been exposed to. As with all infections if left untreated or misdiagnosed a person’s condition will worsen and you should seek mold sickness treatment a.s.a.p

Myco M7 testing will detect the secondary metabolites (Mycotoxins, toxins, poisons) produced by pathogenic (Disease causing) fungal, or bacterial growth within your body and can help pinpoint what environment they originated from.

When you Know Why You’re Sick, Getting Well is the Next Step Mold Sickness tests will give you the answers you need, so you can seek the Mold Sickness Treatment you require.

Exposure to fungus, mold, mycotoxins and mycobacterium  in your environment can cause multiple mold sickness symptoms, adverse health effects, disease  in human beings, and domestic animals such as dogs, cats, birds etc…

Mold sickness is not an allergy.  It is inflammation within the body which is caused by an immune system that has gone haywire.  The term “mold sickness” is a subcategory called Chronic Inflammatory Response Syndrome (CIRS).

The proper definition of CIRS is:an accute and chronic, systemic inflammatory response syndrome acquired following exposure to the interior environment of a water-damaged building with resident toxigenic organisms, including, but not limited to fungi, bacteria, actinomycetes and mycobacteria as well as inflammagens such as endotoxins, beta glucans, hemolysins, proteinases, mannans, c-type lectins and possibly spirocyclic drimanes, plus volatile ogranic compounds.

The BFP test is a strong indicator for the presences of an invasive fungal infection (IFI), or systemic yeast infection (SYI). This test is one of the key tools used by mold litigation attorneys to prove their client’s health damages, allowing them to bridge the compounds in the environment to those same compounds in the human body which have made their client sick.This test also looks for Bacteria and Parasites.

Mycotoxins are a secondary metabolite produced by fungal / mold spores that are pathogenic or disease causing to human beings and domestic animals. There are more than 190 species of fungus known to produce pathogens and mycotoxins, the most common being Aspergillus sp.,Penicillium sp., Stachybotrys sp. The three major mycotoxin groups are:

Tricothecenes being the most toxic.

The ICAT profile can indicate if your body has been exposed to Fungus / Mold, and what species of Fungus and mold you have been exposed to. Elevated antigen or “Abnormal” levels of Mold antigens in the human body are good indicator as to “where”, the insult (exposure) took place, as well as can document an allergic response.

Example: If someone takes the ICAT profile and receives results stating “abnormal levels” found, while they are living or working in a contaminated environment, and then take the ICAT test again once they are removed from the contaminated environment, if they receive the second set of results stating lower levels than the previous ICAT test results this may indicate that it was that particular environment that directly caused the exposure.

Mycobacterium growth is synergistic with many different species of Fungus and Mold. Similar to Fungus and Mold many of these bacteria’s are “sporating” (Produce spores). Those spores can produce endotoxins and exotoxins, which are the counterparts to the mycotoxins produced by Fungus and Mold. These toxins are known pathogens which have been documented to cause disease in human beings and animals.

Please see your attending physician for all diagnosis and/or treatment for any and all medical conditions.