Detection of Mycotoxins in Patients with Chronic Fatigue Syndrome

Detection of Mycotoxins in Patients with Chronic Fatigue Syndrome -This study was conducted to determine if selected mycotoxins could be identified in human urine from patients suffering from chronic fatigue syndrome (CFS). Patients (n = 112) with a prior diagnosis of CFS were evaluated for mold exposure and the presence of mycotoxins in their urine. Urine was tested for aflatoxins (AT), ochratoxin A (OTA) and macrocyclic trichothecenes (MT) using Enzyme Linked Immunosorbent Assays (ELISA). Urine specimens from 104 of 112 patients (93%) were positive for at least one mycotoxin (one in the equivocal range).

Almost 30% of the cases had more than one mycotoxin present. OTA was the most prevalent mycotoxin detected (83%) with MT as the next most common (44%). Exposure histories indicated current and/or past exposure to WDB in over 90% of cases. Environmental testing was performed in the Water damaged building  from a subset of these patients. This testing revealed the presence of potentially mycotoxin producing mold species and mycotoxins in the environment of the WDB. Prior testing in a healthy control population.

Chronic fatigue syndrome (CFS), also called myalgic encephalitis, has been widely studied over the past 25 years. Numerous mechanisms and theories have been proposed to explain its pathophysiology, epidemiology, clinical features and causation [1–4]. Possible causations include infections (particularly by viruses), oxidative stress, immune aberrations and toxic exposures, among others. However, no single etiology has been confirmed to fully explain this syndrome.

In many circumstances, these patients remain chronically ill despite varying attempts at treatment [1–4]. During the same time frame, there has been a growing body of scientific literature indicating that mycotoxins and exposure to mycotoxin producing molds has become hazardous to the health of
occupants of water-damaged buildings (WDB) (homes, schools and places of business). Water-damaged environments contain a complex mixture of biocontaminants produced by both mold, Gram-negative and Gram-positive bacteria [5].

Secondary metabolites of molds and bacteria have been identified in the dust, carpeting, wallpaper, heating, ventilation and air-conditioning (HVAC) systems and respirable airborne particulates [6–16]. In addition, mycotoxins have been identified in clinical isolates from corneal keratitis, aspergillosis and from body fluids and tissues of individuals exposed to moldy environments [17–25]. Interestingly, patients with mycotoxin exposure in WDB frequently have clinical features similar to CFS [5,26–29].

In this study, urine specimens were tested by ELISA-based assay to look for the presence of mycotoxins in a group of patients with CFS. These results were compared to healthy control subjects previously reported by the same testing laboratory. Additionally, in several cases, the WDB that were the source of exposure were investigated for environmental mold and/or mycotoxins. A hypothesis of possible mitochondrial damage in CFS is presented following review of the literature. 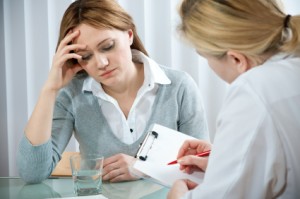 Article Name
Detection of Mycotoxins in Patients with Chronic Fatigue Syndrome
Description
Over the past 20 years, exposure to mycotoxin producing mold has been recognized as a significant health risk. Scientific literature has demonstrated mycotoxins as possible causes of human disease in water-damaged buildings (WDB).
Author
D. Strauss