Mycotoxins  -The National Treatment Centers for Environmental Disease  understands Mold / Fungi produce a myriad of chemical compounds. Some of those compounds are the direct causation of illness and disease while others produce proteins that in-turn cause illness. 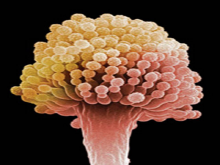 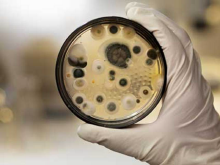 Mycotoxins – Trichothecenes are a large group of chemicals characterised by a double bond between C9 and C10 and an epoxy ring at the C12- C13 position in the chemical structure. The ‘12,13-epoxytrichothecenes’ are a group of related and biologically active mycotoxins often wrongly referred to as the Fusarium toxins as several other fungal genera including Trichoderma, Stachybotrys, Verticimonosporium, Cephalosporium and Myrothecium can also produce them. Although the number of compounds of this type runs into the hundreds, only a few have been shown to be agriculturally important.

However the fusaria are by far the most important mycotoxin-producing species occurring widely in field crops with more than 20 species of Fusarium, including F. poae, F. sporotrichioides, F. moniliforme, F. culmorum, and F. graminearum among the most important trichothecene producers. They are often classified as Group A and Group B compounds depending on whether they have a side chain on the C7 atom. The most commonly reported Group A trichothecenes include, T-2 toxin, HT-2 toxin, neosolaniol, monoacetoxy scirpenol and diacetoxyscirpenol. Common group B trichothecenes are deoxynivalenol, nivalenol, 3- and 15- acetoxynivalenol and fusarenon X (a separate fact sheet is devoted to deoxynivalenol). In addition to producing mycotoxins these fungi include important plant pathogens that cause a number of serious diseases in growing crops.

Another group of trichothecenes which are generally more acutely toxic than T-2 toxin are known as the macrocyclic trichothecenes produced by mould species such as Stachybotrys atra. These include the satratoxins, verrucarins and roridins.

Mycotoxins –  Aflatoxins are both acutely and chronically toxic. Aflatoxin B1 is one of the most potent hepato-carcinogens known, and hence the long-term chronic exposure to extremely low levels of aflatoxins in the diet is an important consideration for human health. In the temperate, developed areas of the world, acute poisoning in animals is rare and in man is extremely unlikely. The outbreak of so called ‘Turkey-X disease’, which caused the deaths of 100,000 turkeys and other poultry in the United Kingdom in 1960, was caused by extremely high concentrations of aflatoxins in imported groundnut meal. This alerted industry and governments to the potential devastating effects of mycotoxins, particularly of the aflatoxins.

Acute aflatoxin toxicity has been demonstrated in a wide range of mammals, fish, birds; rabbits, dogs and primates. Ducks, turkeys and trout are all highly susceptible. Age, sex and nutritional status all affect the degree of toxicity. Young animals are particularly susceptible and males more than females. For most species the LD50 (lethal dose) is between 0.5- and 10mg/kg body weight. The liver is the principal target organ, although the site of the hepatic effect varies with species. Effects on the lungs, myocardium and kidneys have also been observed and aflatoxin can accumulate in the brain. Teratogenic effects following administration of high doses of aflatoxin have been reported in some species.

Acute poisoning of man by aflatoxins does occur occasionally in some areas of the world. Cases of human aflatoxicosis have been reported sporadically, mainly in Africa or Asia. The majority of reported cases involve consumption of contaminated cereals – most frequently maize, rice or cassava, or cereal products such as pasta or peanut meal. A classic case occurred in Malaysia in 1990 when approximately 40 persons were affected and 13 children died after eating noodles highly contaminated with aflatoxin and boric acid. High levels of aflatoxin were found on autopsy in liver, lung, kidney, heart, brain and spleen. Aflatoxin may not always be the primary cause of death in these acute cases. Autopsy brain (cerebrum) specimens from 18 kwashiorkor children and 19 other children who had died from a variety of other diseases in Nigeria showed aflatoxin present in 81% of the cases.

Aflatoxins have been implicated in sub-acute and chronic effects in humans. These effects include primary liver cancer, chronic hepatitis, jaundice, hepatomegaly and cirrhosis through repeated ingestion of low levels of aflatoxin. It is also considered that aflatoxins may place a role in a number of diseases, including Reye’s syndrome, kwashiorkor and hepatitis. Aflatoxins can also affect the immune system (Pier 1991).

Mycotoxins –  Ochratoxin A is a potent toxin affecting mainly the kidneys, in which it can cause both acute and chronic lesions, whereas its dechloro derivative, ochratoxin B, is non-toxic. A nephrotoxic effect has been demonstrated in all mammalian species. In acute toxicity studies, LD50 values vary greatly in different species, the dog being especially susceptible. Many feeding trials lasting up to 90 days or more have examined the progressive effects on kidney function and damage through prolonged exposure and led to both sub-acute and sub-chronic effects.

Ochratoxin A is a potent teratogen in mice, rats, hamsters and chickens, but not apparently in pigs when fed to sows during early pregnancy. Both teratogenic and reproductive effects have been demonstrated. It is known to affect the immune system in a number of mammalian species.

Ochratoxin A is genotoxic both in vitro and in vivo, but the mechanism of genotoxicity is still unclear. Because human exposure to ochratoxin A has been clearly demonstrated by its detection in blood and breast milk, the presence of ochratoxin A in foodstuffs is clearly undesirable.

Article Name
Mycotoxins
Description
Mycotoxins, Mycotoxicity and the chemicals that make up those ancillary compounds that can cause disease.
Author
Mold Victim