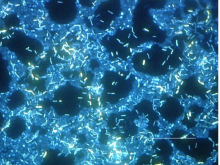 & Bio-Film in the Body -Symptoms such as an inflamed nasal passage, body aches and a cold that worsens usually suggest a sinus infection caused by bacteria. However, sometimes sinus problems aren’t due to bacterial infections alone but are caused from molds.

Sinuses are air-filled passages in the face and head that are lined with a mucous membrane, which is a thin, moist layer of tissue. A sinus infection from mold is a condition occurring when the mucous membrane becomes inflamed because a person inhales airborne spores released from mold, which is a type of fungus, usually growing in moist damp areas.

A mold sinus problem and infection caused by molds can easily be overlooked . Exposure to mold in people who live in fungal conditions are likely to suffer from sinus infections yearly.

Understanding the production of bio-film from mold,bacteria and yeast is key in understanding how to rid the body of pathogens from the sinuses, lungs and other parts of the human body.

Bio-film is produced by certain species of fungus / mold, bacteria, and some forms of yeast. These pathogens secrete a slime, or protective coating around themselves protecting them from other environmental pathogens, which would attack or disable them. Since pathogens within the bio-film are protected by the bio-film they have no direct contact with the blood, therefore any anti-fungal, or bacterial medications rarely have an effect on those protected pathogens. This is why many people suffer multiple sinus surgeries, over and over again, as the surgeon failed to remove all of the bio-film from the sinus cavities allowing regrowth to occur and the continuation of the Mold Sinus Problems.

Many times bio-film will harbor not just fungus / mold but also in the same bio-film it is common to find fungus / mold, bacteria and yeast growth.

The National Treatment Centers for Environmental Disease understand how to pierce the bio-film and provide the appropriate treatment helping our patients avoid painful mold sinus problems and surgery. 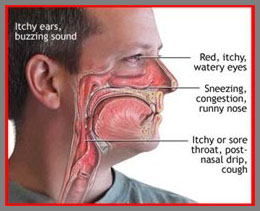 Article Name
Mold Sinus Problems & Bio-Film in the Body
Description
Symptoms such as an inflamed nasal passage, body aches and a cold that worsens usually suggest a sinus infection caused by bacteria. However, sometimes sinus problems aren't due to bacterial infections alone but are caused from molds.
Author
Mold Victim