One of the first tests a mold sickness victim may want to have is a fungal I.D. test this test can tell your doctor if you have fungus, yeast or other mold born byproducts and metabolites in your body or growing in your body. This test definitely provides a solid pathway for medical treatment and can support many claims in mold litigation cases if test results are positive.

That can be producing mycotoxins

Mycotoxins are secondary metabolites (poisons) produced by Fungi / Mold. The Centers for Disease Control “CDC”, has recently released onto its website important documentations supporting that Mycotoxins are the main disease causing factor for people exposed to fungus and mold. Mycotoxins have been documented to be the direct cause of disease, liver and kidney cancer, permanent genetic damage, brain damage, nervous system damage and even death. Since mycotoxins have been documented to cause disease in humans these tests have been highly problematic for the defense litigation teams to attack and defeat this type testing.

If a person tests positive for a Mycotoxin test, they may want to test to find if the possibility exists that the Mycotoxins in their body have caused cellular stress and has led to genetic damage. The DNAD test used in conjunction with other appropriate medical tests can give your doctor and your medical expert for litigation a direction for your medical and financial recovery.

Immunoglobulin testing technology is one of the oldest used in the detection of mold allergies. An allergen-specific immunoglobulin test is done to check whether a person is allergic to a particular substance, or species of mold. This test is very limited and can easily generate “False Negatives”.

An allergic reaction occurs when the immune system overreacts to something, often in the environment, that’s harmless to most people. To protect the body from this perceived threat, or allergen, the immune system of an allergic person produces antibodies called immunoglobulin.

Immunoglobulin antibodies are found mostly in the lungs, skin, and mucous membranes. They cause mast cells (a type of cell involved in the body’s immune response) to release chemicals, including histamine, into the bloodstream. It’s these chemicals that bring on many of the allergy symptoms that affect a person’s eyes, nose, throat, lungs, skin, or gastrointestinal tract. This test is good for mold sickness victims; however its usefulness in mold litigation cases has been far less than effective.

Vasoactive intestinal polypeptide (VIP) is a substance found throughout the body. The highest levels are normally found in the nervous system and gut. VIP has many functions:
•It helps control or send nerve signals
•It helps relax certain muscles along the gastrointestinal tract
•It increases the amount of water and electrolytes released from the pancreas and gut
•It triggers the release of hormones from the pancreas, gut, and hypothalamus
•It helps break down fat and glycogen
•It stimulates bile flow
•It blocks gastrin and gastric acid release

VIP is produced in many tissues of vertebrates including the gut, pancreas and suprachiasmatic nuclei of the hypothalamus in the brain. VIP stimulates contractility in the heart, causes vasodilation, increases glycogenolysis, lowers arterial blood pressure and relaxes the smooth muscle of trachea, stomach and gall bladder. In humans, the vasoactive intestinal peptide is encoded by the VIP gene.

VIP is produced in so many locations throughout the human body the cause of its production, or lack of production in no way can this peptide be linked to mold exposure. This test is generally used to test for gastrointestinal tract dysfunction, breast milk lack of production, stomach and gall bladder disorders. There is no known link from this test to the symptoms suffered by mold exposure victims.

Q: Will this test prove that I was exposed to mold, provide a clear path for medical treatment, or prove I have irreversible medical damages expressly from mold exposure?”

If they cannot simply answer, “yes” or “no”, we strongly suggest you seek another path for your medical testing and treatment.

The tests below have been thoroughly researched as to their validity in relationship to mold exposure, medical treatment for mold exposure, and their medical weight as evidence to support mold litigation cases.

The HLA DR Gene test is a genetic test that can determine if a person has a gene that would possibly make them react more severely when exposed to mold than a person without this genetic defect. If you did test positive for this test, this test is of no value to your doctor for medical treatment as there is no way to alter your genetics, or repair a genetic imperfection. The second failure of this test is that it cannot determine the elevated severity of a person’s reaction to mold exposure would be in contrast to a person who is not positive for this test. So for your medical recovery this test is no help.

The HLA DR Gene test has also proven to be ineffective in mold litigation cases. As the defense counsel simply states this is just like an allergic reaction, if you’re allergic to shellfish don’t eat shellfish and you’ll be fine, if a person has a genetic reaction to mold, stay away from the mold and you’ll be ok. A genetic reaction from mold exposure carries no permanent damage. And when the patient is removed from the moldy environment the reaction stops, just like an allergic reaction. So this test presents little help in mold litigation cases.

The C4a test is an inflammatory marker test along with the C3a, C4a and C5a tests. They are mainly used in the downstream detection of Lyme’s Disease, Diabetes Mellitus, Normal Pregnancy, Chronic Fatigue, and Systemic Infections. There is no medical evidence that exposure to mold is the single cause of why this test would be positive. In converse, this test provides information to your treating physician that you have inflammation, but cannot determine what actually caused the inflammation. The inflammation and these positive test results could have been caused by an insect bite, pollen, plant contact, allergies, or any of one hundred other environmental factors that cause inflammation. These test results are too nebulous to provide your physician with any information as to the cause of the inflammatory condition; therefore, the correct medical treatment may be considered a guess at best. This test has not been beneficial in any mold litigation cases that we are aware of.
TFG Beta -1 Test Transforming Growth Factor Beta – 1

This test is commonly used to detect liver dysfunction, liver cancer, and Hepatitis B Virus, “HBV- induced by HCC”. There is absolutely no clinical documentation published anywhere including the National Library of Medicine in Washington D.C. to support this test being used to determine for determining if a person has been exposed to mold or mycotoxins. This test has no clinical value, or influence that could prove a person has been exposure to mold, prove human mold exposure, mold illness or mold sickness.

MSH – Melanocyte Stimulating Hormone is a hormone secreted by the pituitary gland. It stimulates the production and release of melanin (melanogenesis) by melanocytes in skin and hair. MSH signals to the brain have effects on appetite and sexual arousal. This test is used to diagnose Cushing’s syndrome, Addison’s disease. In people over production of this hormone causes darkening of the skins pigmentation. These are no published medical papers, or clinical research that supports that this test has even a remote use in proving the human body has been exposed to fungus or yeast. And concerning mold exposure would not be a consideration or value in a mold litigation case.

Matrix metallopeptidase 9 (MMP-9), also known as 92 kDa type IV collagenase, 92 kDa gelatinase or gelatinase B (GELB), is an enzyme that in humans is encoded by the MMP9

(MMP) family are involved in the breakdown of extracellular matrix in normal physiological processes, such as embryonic development, reproduction, Angiogenesis, bone development, wound healing, cell migration, learning and memory, as well as in pathological processes, such as arthritis, intracerebral. This test regarding mold exposure is inconclusive as many factors in the environment can stimulate inflammation and this test to be a false positive in mold exposure patients hemorrhage, and metastasis. Most MMPs are secreted as inactive proproteins which are activated when cleaved by extracellular proteinases. This medical tests provides no data which would define if a person has been exposed to mold, heavy metals, or pesticides, and will show positive results for a number of obscure reasons not related to mold exposure. This test has been proven useful in cases of lung elastin, in rheumatoid arthritis, atherosclerosis, cardiomyopathy, COPD, and abdominal aortic aneurysm. This test is not recommended for mold case litigation purposes.

Leptin is a protein that’s made in the fat cells, circulates in the bloodstream, and goes to the brain. “Leptin is the way your fat cells tell your brain that your energy thermostat is set right. Its been called the “obesity hormone” or “fat hormone” — but also the “starvation hormone.” When scientists discovered leptin in 1994, excitement arose about its potential as a blockbuster weight loss treatment. Even today, the Internet is loaded with sites that sell leptin supplements. “Leptin tells your brain that you have enough energy stored in your fat cells to engage in normal, relatively expensive metabolic processes in other words, when leptin levels are at a certain threshold — for each person. When your leptin level is above that threshold, your brain senses that you have energy sufficiency, which means you can burn energy at a normal rate, eat food at a normal amount, engage in exercise at a normal rate, and you can engage in expensive processes, like puberty and pregnancy”. A leptin test in no way tells your treating physician why your leptin levels are off, just that they are abnormal at the time, not what caused them to dysfunction. Leptin levels may be affected by diet, allergy, lack of sleep and many other factors. A direct connection to leptin deficiencies and mold exposure cannot be established.

An ACTH test measures ACTH, a hormone released from the anterior pituitary gland in the brain. ACTH levels change with the body’s natural 24-hour cycle of processes (circadian rhythms). This test is most accurate if it is performed early in the morning. Higher-than-normal levels of ACTH may be present. This test is also used to detect:

•Addison’s disease, when the adrenal glands do not produce enough cortisol
•Congenital adrenal hyperplasia
•When the pituitary makes too much of the hormone ACTH (called Cushing’s disease), which may be caused by excess growth of the pituitary gland, or tumors of the pituitary gland or elsewhere in the body (such as the pancreas, lung, and thyroid).
•Hypopituitarism
•Multiple endocrine neoplasia (MEN) these measurements often cannot establish the presence or absence of adrenal insufficiency and cannot distinguish among the three disturbances in the hypothalamic-pituitary-adrenal (HPA) axis that can cause deficient cortisol secretion.

There has been no medical link established regarding the production of ATCH and mold exposure.

This test measures the amount of vascular endothelial growth factor (VEGF) in your blood. VEGF is a substance that helps encourage the growth of new blood vessels. Your body makes more VEGF in certain situations. For example, if your tissues aren’t getting enough oxygen, they may make more VEGF to prompt new blood vessels to grow to bring in more oxygen. Your lungs contain VEGF because good blood flow is vital there. The VEGF test has no value for mold exposure victims. A simple in office Pulse- Ox meter offers the same results and costs nothing. These is no medical or clinical documentation that that show that mold exposure chemically inhibits the body’s ability to absorb oxygen unless in the cases of asthma and COPD. This test does not provide litigation support for mold cases. 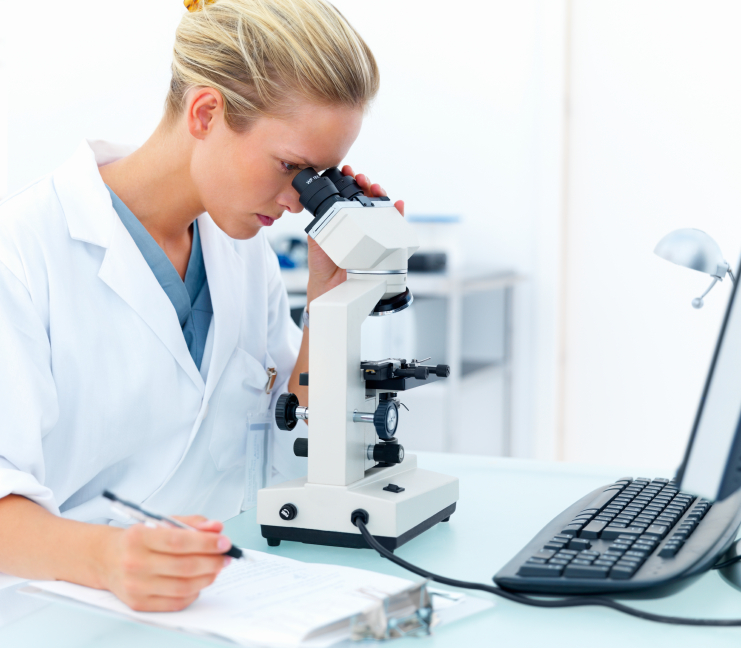